Now in its third year, the Let’s Roll for Kids Family Bike-a-Thon, is proud to announce CJAD’s Dan Laxer as its official spokesperson this year. “Once I met some of the kids and YALDEI, and watched their dedicated staff in action, and seen the miracles they perform there, I just couldn’t pass up the opportunity to be a part of it”, Laxer explained why he decided to be actively involved in this great initiative this year. Dan Laxer has been with CJAD for two decades, and can currently be heard on the Trivia Show and the Sunday Afternoon Comedy Show, both #1 in their time slots. He is also a freelance writer and a stand-up comedian, and father to the two greatest kids on the planet. 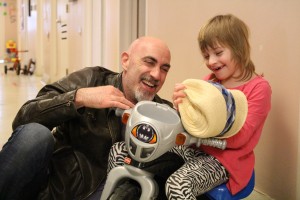 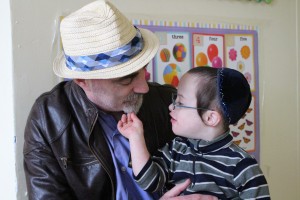 “The children and the families who come to our center face many challenges every day” says Menachem Leifer, Executive Director. “We would like the community to join us in showing them that they are not alone. The funds raised will help us continue to provide life-changing therapies for these very special children, giving them a chance in life.“

Christopher Craig, a YALDEI parent, cycling for the third year this year, knows first-hand how YALDEI brings about amazing changes. “Before his experience at YALDEI, Cameron had slid through the cracks and we were expected to live with and accept his limitations as a finite, hopeless reality”, says Craig. “We were told to simply acknowledge that he would not develop and were expected to follow a line of treatment that would cater to his limitations”. However, YALDEI met Cameron on his terms. “They assessed his limitations and pushed him to overcome them to the best of his ability. They truly expect Cameron to realize his potential and accept nothing less. “Participating in the Bike-a-Thon is my chance to return their generosity”, says Craig.  “My goal is to help YALDEI i to help others”.

Don’t miss out on a great family activity and an opportunity to help children who need your support.

If you haven’t registered yet, you can do so here right now.